Flood and Mudslide Cause Extensive Damage 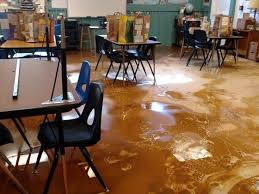 Heavy rains in late December caused the collapse o a bank adjacent to Swannanoa’s ArtSpace Charter School, sending a torrent of mud and water through the school. Almost immediately after the call went out, volunteers — including teachers, administrators, community members, and students and their families — descended on the school to assess the damage and begin the daunting task of cleaning up.

In addition to the extensive damage to the school’s floors, walls and supplies, one of the biggest initial hurdles ArtSpace faced was a flood insurance deductible of $25,000. To raise the money, ArtSpace launched a crowdfunding campaign and asked the community for help. As volunteers and contractors worked to remove mud and debris, and to replace carpeting and drywall, donations began to pour in to the crowdfunding site. Within a week, the insurance deductible had been covered. Friends and Neighbors of Swannanoa (FANS) is honored to be among the many donors that have contributed a combined total of over $52,000 to date. One of the largest single donations came from Swannanoa’s Native Kitchen & Social Pub, which advertised that it would contribute an entire day’s worth of profits to ArtSpace. With the help of patrons who packed the restaurant from opening to closing, Native Kitchen was able to contribute $5,900.

Although work will continue for some time on the building and grounds, ArtSpace’s scheduled opening day after Christmas break was delayed only by a couple of days thanks to the efforts of countless volunteers and donors. The crowdfunding site remains open; if you’d like to help, please visit www.youcaring.com/artspace-charter-school-495482. According to a recent article in Mountain Xpress, additional donations will be used to help pay for implementation of the school’s master plan, which includes steps to address the drainage issues that have plagued the school for many years.