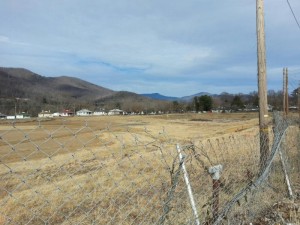 Rumors about what may or may not happen at the old Beacon Mill site have been swirling around Swannanoa for years. It appeared that the rumors had been laid to rest last year, when the County announced a tentative deal with Mountain Housing Opportunities to create a mixed-use development on the site. But those plans fell through, and the rumor mill started grinding once again. Recently, Asheville Citizen-Times “Answer Man” columnist, John Boyle, had this to say in response to a reader question about the status of the Beacon site and the grading work that was recently done on the property:

“Gordon Myers, who owns the 42-acre site with a partner in their company, Swannanoa Valley Properties LLC, said he had the grading done to prepare it for sale. “We had some excess dirt on the site, so we leveled it up,” Myers said. “We hydroseeded, and we’ve just been getting the site ready to market, which I’m now doing. We started that about two months ago.”

Myers said he held off marketing it earlier because the market has been “soft.” The entire site, which Myers is willing to subdivide, is for sale, and he’s had several inquiries.

Some sort of light industrial use would suit the site best, possibly even some sort of brewery-related operation, he said, as it’s located just off Interstate 40, and has water, sewer and natural gas, as well as a railroad siding. The center part of the site has a usable 200,000-square-foot concrete pad that remains from the old mill.”