Yes, you read that right – Swannanoa, New Zealand. As we’ve reported in this newsletter before, there’s a small, rural community (pop. 1,000) in New Zealand that goes by the name “Swannanoa.” And this spring, Swannanoa Valley residents Monroe Gilmour and Fern Martin got to see it for themselves. Their journey from Auckland, on the North Island of New Zealand, to Swannanoa, on the South Island near Christchurch, was chronicled in a June article in the Black Mountain News.

Although Swannanoa, New Zealand doesn’t have a defined downtown area, it does have a community center and a well-respected school. The community was given its name in the second half of the 1800s, when an American with ties to Asheville, John Evans Brown, moved there with his wife. Brown reportedly had heard the word “Swannanoa” while in North Carolina, and liked it so much that he brought it with him to New Zealand. Brown became a prominent landowner and politician in New Zealand, before returning to Asheville, where he built Zealandia Castle on Beaucatcher Mountain in 1889. 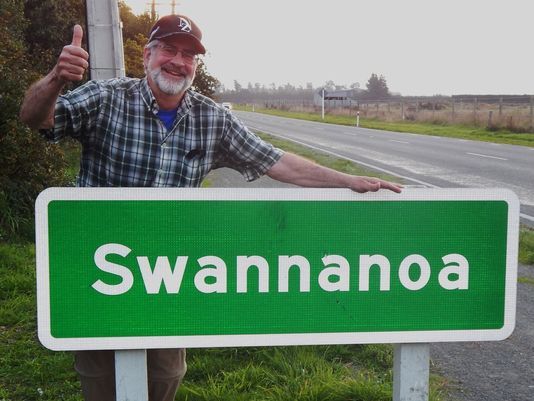