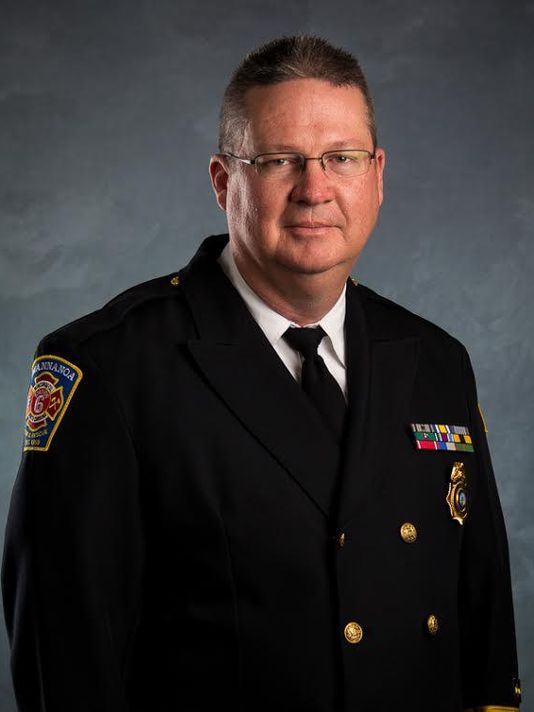 Swannanoa Fire Chief Anthony Penland has announced that he will run for a seat on the Buncombe County Board of Commissioners. He is seeking to represent the newly-drawn District 2, which includes eastern Buncombe County and part of Asheville. Penland is a Swannanoa native and attended Owen district public schools.

The 51-year old Republican was originally slated to challenge incumbent Mike Fryar in the March 3 primary, but Fryar passed away on February 2 after a battle with cancer. Penland will now face incumbent Democratic commissioner Jasmine Beach-Ferrara in the November general election. Beach-Ferrara currently represents District 1, but the redrawn maps place her in District 2.

Penland is well known in the Swannanoa area, having begun his career with the Swannanoa Fire Department as a volunteer firefighter in 1990, and then moving up the ranks to eventually become Fire Chief in 2001. He currently serves as secretary of the WNC Association of Firefighters, and was named Career Fire Chief of the Year by that organization in 2015. Penland is also a past president of the Buncombe County Fire Chiefs Association and the NC State Firefighters Association. In 2016, he was awarded his Chief Fire Officer Designation by the Center for Public Safety Excellence.

Penland is an avid sports fan and has spent many hours coaching middle- and high school sports. In an article in the Asheville Citizen-Times after announcing his candidacy, Penland said that he wants to bring a new perspective to the board, and would work as a commissioner to preserve the county he knows and loves so that future generations will continue to see it “as a great place to live, work and play.” “I have been a public servant for 30 years, and I enjoy serving the people,” Penland said.