The usually lazy Swannanoa River swelled to a torrent after six inches or more of rain fell on our area over a several-day period in late November and early December. The river flooded in low-lying areas near Biltmore, and Swannanoa River Road was closed for a time, but Swannanoa itself escaped significant flooding. The photos below show the rapids that developed in the river at Owen Park, and a tree that was engulfed by water when the river left its banks. 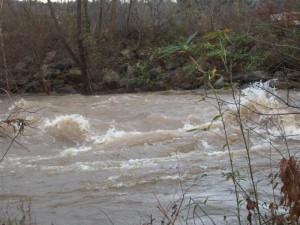 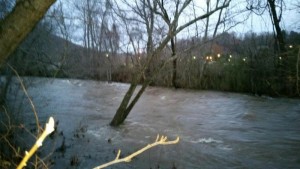