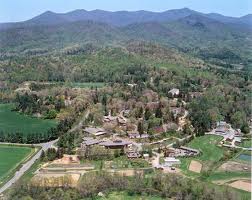 To read more about Warren Wilson College and the other “Coolest Schools”, please click here.