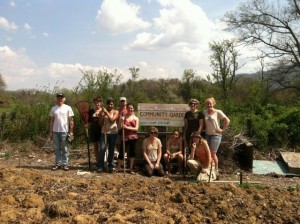 Warren Wilson College has joined a select group of U.S. colleges and universities in receiving the Classification for Community Engagement from the Carnegie Foundation for the Advancement of Teaching. Warren Wilson is among 17 colleges nationwide to receive the classification in 2015 for the first time.

Warren Wilson has long placed a heavy emphasis on community engagement, evident in part by its adoption of a service graduation requirement more than half a century ago. Today, the college’s approximately 820 students engage in more than 50,000 hours of community service annually, including outreach that is integrated into Warren Wilson’s academic offerings.

In addition to the Carnegie classification, Warren Wilson recently was named to the 2014 President’s Higher Education Community Service Honor Roll with Distinction.

In other Warren Wilson news, Best College Reviews just named the College as one of the 35 best outdoor schools in America and the top college farm in America. Congratulations Warren Wilson!