It’s hard to believe that almost 13 years have passed since that fateful day in 2003 when an arsonist set fire to the Beacon mill. The September 3rd fire was one of the largest in North Carolina history, eventually consuming most of the mill buildings, and marking the end of an era in Swannanoa. The mill had closed its doors the previous year, and although no one was physically injured in the blaze, the emotional toll on the community is still felt today.

In honor of the generations of Swannanoa families who made their living at the mill, we’re sharing an historical photo (below) of Beacon employees posing outside the machine shop. Just before the beginning of World War II, Beacon employed more than 2,200 people in Swannanoa. 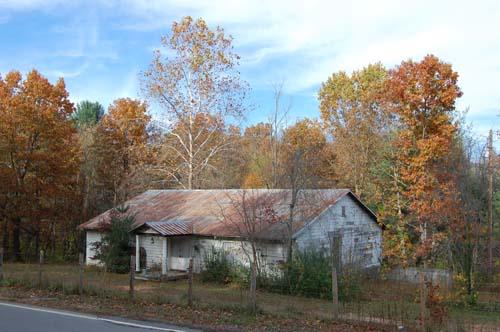 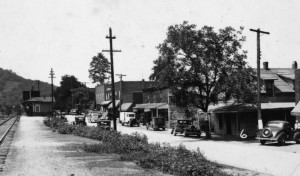 If you’re a relative newcomer to this area, you may not even realize that Swannanoa was once home to a thriving downtown, known to locals as “The Station.” The old downtown area was bordered by the Beacon Blanket mill and the railroad tracks, and was the center of activity for Swannanoa, and particularly for the many residents who lived in nearby Beacon Village. Swannanoa’s downtown included many cafes, grocery stores, a drug store, a bank, a movie theater, a five-and-dime, and other variety stores.

On Saturday, June 4, at 10 a.m., join the Swannanoa Valley Museum for a tour of the old downtown area and the historic buildings that were once a part of the mill town. Learn about the history of this area, and see what’s happening in the old downtown today. Cost of the tour is $20 for museum members; $30 for non-members. To register and get information about the tour meeting place, call 828-668-9566 or send an email to info@swannanoavalleymuseum.org.

Answer this Swannanoa trivia question to earn bragging rights as a “Swannanoa Scholar” (see correct answer by placing mouse pointer immediately after or below the question).

Q. Did Beacon Blankets ever manufacture clothing? Well, not quite, but almost. Beacon sold kits for making bathrobes out of its blanket cloth. Home sewers could buy the fabric and a kit that contained everything needed to make a robe, including a Beacon label. The robes were worn in several classic Hollywood movies. The character “Kramer” also wore Beacon robes on the popular TV show, Seinfeld. A web search reveals that vintage Beacon robes can still be purchased today on eBay and similar sites. 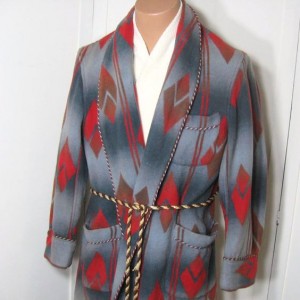 Do you have a Swannanoa trivia question you’d like to submit for possible inclusion in a future newsletter edition? If so, please click here to send us an email.