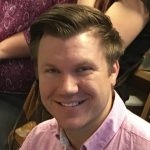 Evan Yanik recently joined the FANS Board of Directors. Evan is an Asheville native whose family has been in the area since the founding of Buncombe County. He graduated from Reynolds High School and holds a Bachelor’s in Business Administration from Western Carolina University. Evan moved to Swannanoa in 2014, and he and his family have recently relocated to the Grovemont neighborhood.