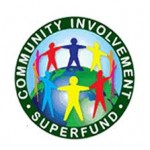 With the assistance of the Environmental Protection Agency, concerned residents have formed a Community Advisory Group (CAG) for the Chemtronics Superfund site, located off Old Bee Tree Lake Road in Swannanoa. At a meeting at the Bee Tree Fire Station on February 21, the CAG elected a 7-member Executive Board to serve for a 6-month term, after which a new election will be held. The election of the Executive Board allows the CAG to be officially recognized by the EPA and to take control of its meetings, agenda, and communications with the community. The EPA will continue to assist and advise the CAG, as needed. The Executive Board members, who were elected from among 13 nominees, are Vicky Collins, Julia Considine, Laura Ellenburg, Amy Knisley, Jessa Madosky, Bill McCollum and Shaun Moore.

The 1,027 acre Chemtronics site has been on the federal Superfund list since 1982, and cleanup efforts have been ongoing since the mid-1980s. New contaminants have recently been discovered at the former military weapons site, including an industrial solvent that can pose a cancer risk to humans. A recent article in the Black Mountain News indicates new sources of contamination.

Residents have turned out in large numbers for meetings held by the Environmental Protection Agency in recent months. At the first meeting in December, attendees voted overwhelmingly to form a CAG to represent the interests of the community, participate in decision-making processes, and serve as a liaison to the EPA, other federal and state agencies, and responsible parties involved in the cleanup.

At the February 21 meeting, EPA Remedial Project Manager Jon Bornholm told meeting attendees that remedial action to address the new contaminants found on the site will probably not begin until 2017. A draft remedial investigation of the new contamination, including a risk assessment, is expected to be ready next month. The remedial investigation will identify the specific contaminants found on the site, the location of the contaminants and how far they’ve migrated. The risk assessment will look at the concentration and toxicity of the contaminants, and whether there’s an unacceptable risk to humans.

A feasibility study, which will look at possible remediation technologies to address the new contamination, is expected to be delivered in the spring of 2015. The EPA will then develop a proposed remediation plan that will go out for public comment later that year. From there, it’s expected to take a year and a half to negotiate with the parties responsible for the cleanup and design the technical details of the remediation plan. In the meantime, remediation is continuing on the original contamination identified on the site in the 1980s.

If you’re interested in participating in the CAG, learning more about the process, or being added to the email distribution list for news and meeting notices, please contact CAG Executive Board member Jessa Madosky at 771-5816 or jmadosky@warren-wilson.edu.

If you have questions or concerns related to the technical aspects of the Chemtronics Superfund Site, please contact Jon Bornholm, Remedial Project Manager, at (800) 435-9233, ext. 28820, or bornholm.jon@epa.gov.