Swannanoa Scenes: Winter Then and Now 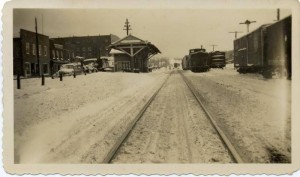 This photo from the Swannanoa Valley Museum’s collection shows the Swannanoa train depot and businesses along Railroad Street in the old downtown Swannanoa. It was probably taken during the blizzard that hit western North Carolina in March, 1936. 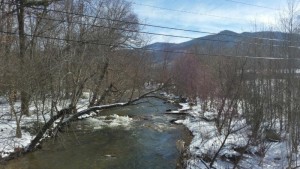 This photo of the Swannanoa River was taken several days after the recent January 2016 storm that dumped about a foot of snow on our area.